Why are we returning to online courses? 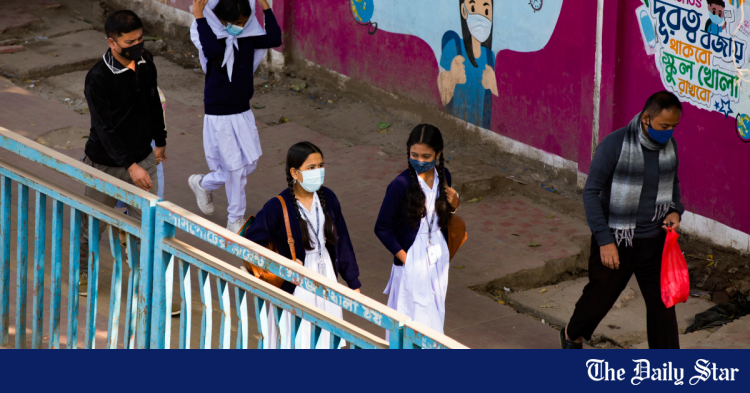 As the Omicron variant wreaks havoc across the country, we students are once again locked down with our devices to take online classes. The government’s announcement that schools would be closed until February 6, then extended until February 20, drew mixed reactions.

Despite its necessity, this decree represents a double-edged sword. Students are still reeling from academic losses from the previous year-and-a-half closure. The risk of falling further behind academically, along with the already large learning gap, makes the shutdown even more overwhelming for most.

For all the latest news, follow the Daily Star’s Google News channel.

Online courses and distance learning, forcibly used as substitutes, often fail to offer the same level as in-person courses. In my opinion, nothing beats the traditional classroom learning experience of chalkboard and marker. Teacher-student interaction just isn’t the same across our screens.

While we accept a new delay in the opening of schools, the return to normal risks being stopped dead. It could make students socially disconnected – with their world existing in smartphones and the internet only. A seconded youngster will probably not be able to express his talents competently.

Of course, the safety of young people should be the first and foremost priority and the government’s campaign to vaccinate students is well underway. We must remember that vaccines do not offer complete protection even after the two doses and that many school children have not yet received the two doses.

However, why were only schools and colleges closed? The Dhaka International Trade Fair (DITF), Bangladesh Premier League cricket, shopping malls and amusement parks have been allowed to open. With schools closed, many children are flocking to these places instead, many under the illusion that they are safe.

Additionally, children were also seen going to Shishu Park in Chattogram. The photos doing the rounds online don’t paint a pretty picture – people with their children wandering around, social distancing barely practiced and many not even wearing masks.

This does not mean that schools are the safest places in the world. There have been cases of positive Covid tests among teachers, students and staff at various schools, resulting in the temporary closure of those classes or schools.

Keeping schools running in this setting would have been tricky as our overcrowded classrooms lack adequate resources to properly maintain health and social distancing guidelines. But in this context, we were presented with an intriguing food for thought: wouldn’t students be safer in schools, academically active in a place where guidelines could in fact be strictly adhered to by authorities?

Inqiad has “a pain in her heart and a love in her soul” to put it in an artistic way. We find him deep in thought at [email protected]