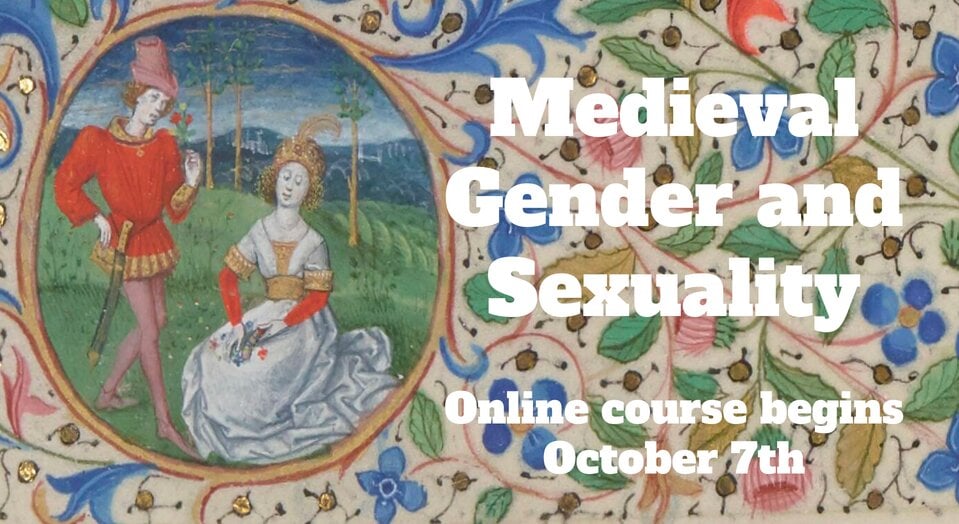 Medievalists.net is starting to offer online courses for those interested in the Middle Ages! Our second course is Medieval Gender and Sexuality with Eleanor Janega, which starts October 7th. Here are the registration details.

This six week course is an introduction to conceptions of gender and sexuality in medieval times. Each week, historian Eleanor Janega discusses the philosophical and societal underpinnings that shaped culture and relationships from the 5th to the 15th century.

The course starts on October 7 with live lessons every Friday (5:00 p.m. London time BST/GMT). This six-week course will include live sessions on video, as well as resources and readings.

Classes will be delivered through Thinkific, a leading platform for online education.

Click here to register for the course through Thinkific

Eleanor Janega is a medieval historian based in London, UK. His areas of expertise are sexuality, apocalypticism, propaganda and urban experience in the Middle Ages in general, and late medieval Bohemia more specifically. She has taught at the London School of Economics since 2015. Eleanor is passionate about public history and her work has been published in the Washington Post, BBC Historyand The story today, among other outlets. She also writes the popular blog Switch to medieval. She is the host of Switch to medieval and Medieval pleasures series on History Hit Television. His next book The Once and Future Sex: Going Medieval on the roles of women in society comes out in January on WW Norton.