In online courses, Ukrainians practice the language as resistance 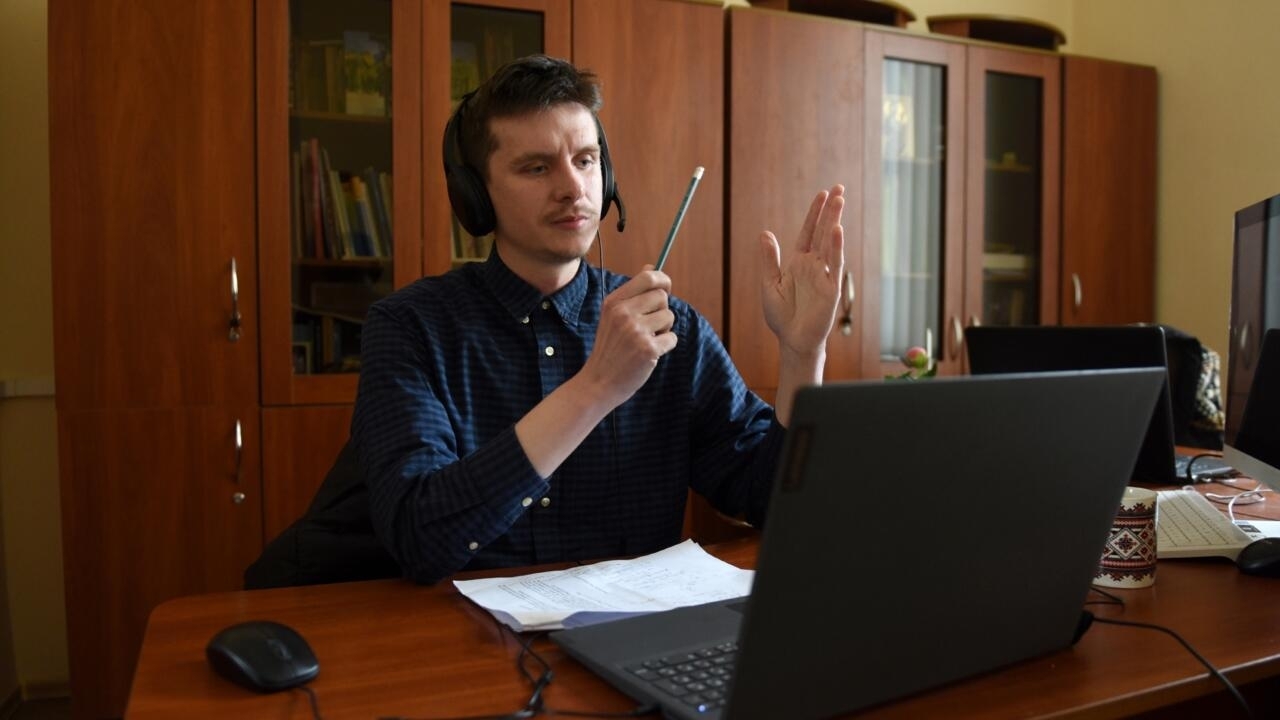 Lviv (Ukraine) (AFP) – Ukrainian scholar Nazar Danchyshyn may not have much combat experience, but to help his country since the war began, he has deployed his knowledge of language and poetry.

Twice a week, he opens his laptop to take online lessons to help his compatriots from the former Soviet nation brush up on their Ukrainian skills.

“If we all spoke Ukrainian in the future, it would be a very powerful weapon against aggression,” said the 30-year-old researcher and poet.

A significant minority of Ukrainians speak Russian as their mother tongue, and many others are fluent in it, brought up under the cultural influence of Moscow, especially in the east and south of the country.

But in recent years, more and more people have decided to change their linguistic identity by rejecting Russian politics.

Since President Vladimir Putin invaded Ukraine at the end of February, under the pretext of “denazifying” his neighbor and protecting Russian speakers there, the trend has taken off.

In the western city of Lviv, where the national language is predominant, a group of academics are offering free online lessons for those who want to brush up on their Ukrainian skills.

Organizers say 1,000 people signed up in just three days and have so far only managed to find enough tutors for around 800.

Danchyshyn, who was also a guitarist in a band before the war, is one such teacher.

“People remember their grandparents and great-grandparents speaking Ukrainian, and then their families switched to Russian” under the Soviet Union, he said.

“Many wanted to go back to their mother tongue.”

“I have my own country”

The war in Ukraine has killed thousands and displaced millions at home and abroad over the past seven weeks.

“It has become increasingly clear that Putin is simply trying to eliminate the very idea of ​​being able to be Ukrainian,” the president said.

The conversation classes Danchyshyn gives are online, but organizers say the content is loosely based on language textbooks from the National Polytechnic University of Lviv.

In their pages appear images of the national hero of Ukraine, the 19th century poet Taras Shevchenko, or modern models like Oksana Lyniv, a conductor from Lviv.

Volodymyr Krasnopolsky, a 52-year-old Russian-speaking scholar from the eastern city of Lugansk, is one of Danchyshyn’s students.

After pro-Moscow separatists took control of Lugansk in 2014, he moved to the small eastern town of Rubizhne.

But the town was hit by a missile on February 24, and he and his daughter – a medical student – spent two weeks sheltering in a basement before managing to flee west.

“There were people from different backgrounds in the air-raid shelter with us, but they all felt like Ukrainians,” he told AFP via text message.

“I believe that the Ukrainian nation is being formed today, regardless of where people come from,” he said.

“My bullets are words”

Yuliya, a school headmistress and maths teacher, said she joined the course after conflict forced her to escape bombings on Ukraine’s second-largest city, Kharkiv, near the Russian border.

“I plan to go home as soon as possible,” said the 51-year-old, who teaches in Ukrainian but speaks Russian on a daily basis.

But “now is a good time for self-development.”

“I am fluent in reading and writing in Ukrainian, but I struggle to speak,” she explained, without giving her last name.

Under the high ceiling of the Lviv Polytechnic, Ukrainian language advocate and former lawmaker Iryna Farion said the opening of free classes was part of “the constant struggle of Ukrainians for the right to be Ukrainian “.

Her eyes widened as she recounted reports that Russians in the southern town of Melitopol had tried last month to force authorities to switch the school curriculum to Russian.

“If we don’t defend our language, Putin will come here, to this same building,” she said.

In addition to online lessons, she said she plans to give Ukrainian language lessons to parents of displaced children enrolled in a local school to help them with their homework.

“This is my front line. My bullets are words,” she said.