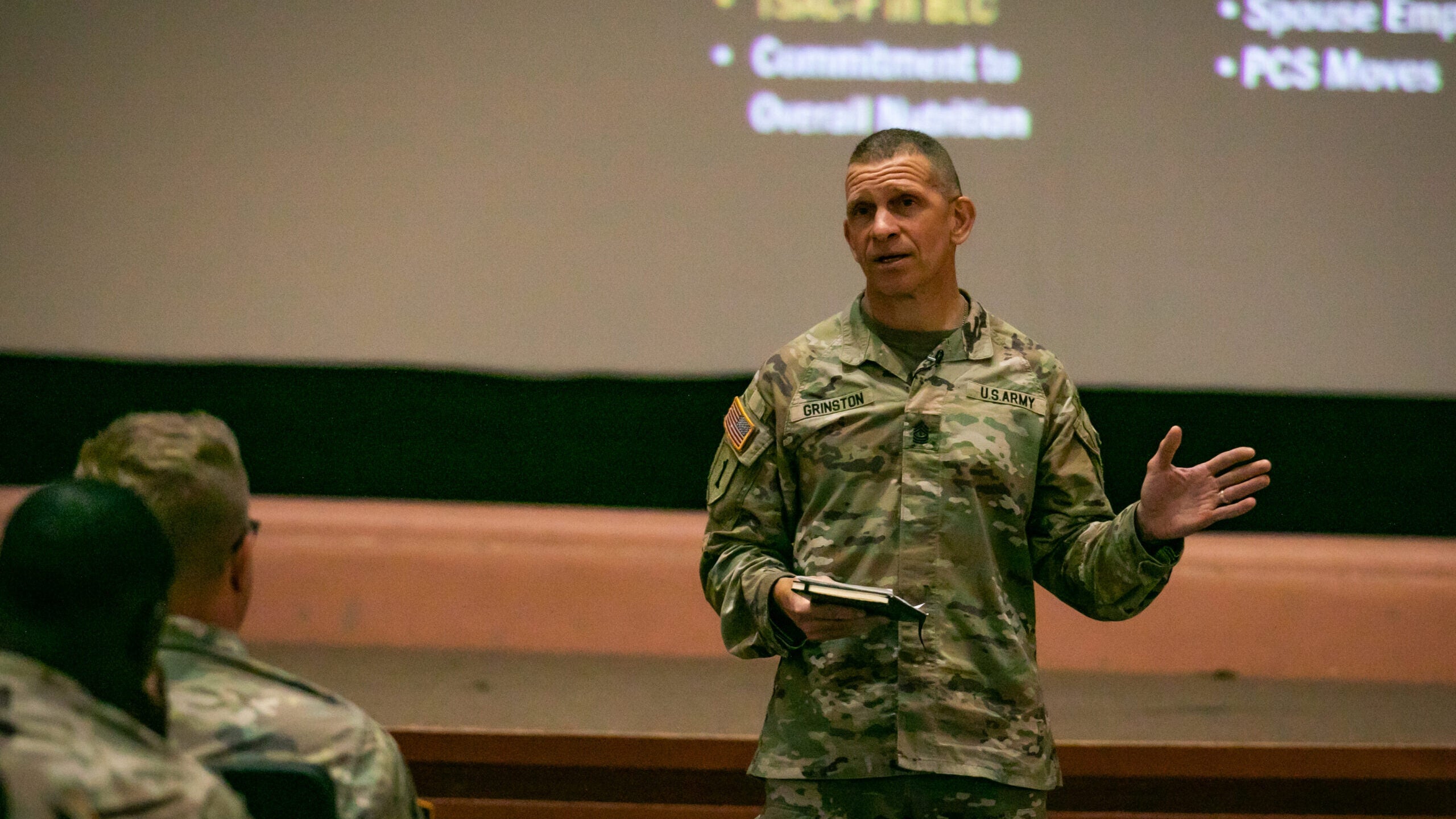 In an absolutely clear message from the top, army leaders are now telling soldiers not to take the dozen or so online courses they must take.

During a press conference Tuesday at Fort Benning, Ga., Sgt. Army Maj. Michael Grinston was very blunt, ordering commanders not to award courses the Army has made mandatory for service members.

“Don’t do it,” Grinston, the army’s top soldier, told commanders at the event. “Set priorities for your organization and fight for them.”

Grinston, along with Army Chief of Staff Gen. James McConville and others, spoke as part of the opening day events of the Maneuver Warfighter Conference. Military.com first reported Grinston’s comments. The three-day conference focuses on “Focusing on Tomorrow’s Combat,” which not only includes new technologies, but also how the military handles its recruiting, an area it has seriously struggled with this year.

Preparing for the future may also mean abandoning some of the Army’s current policies such as courses, which Grinston was quick to encourage commanders at the briefing to do. Currently, soldiers must take about a dozen online courses each year, in areas such as ethics, security and training. Since they are mandatory, commanders often face an administrative burden to ensure soldiers go online to complete missions.

Subscribe to Task & Purpose today. Get the latest military news, entertainment and gear delivered to your inbox daily.

Online courses, running on a Department of Defense website with a history of crashes, can be very time consuming. Army leaders want to free up that time so it can be spent on more useful purposes, such as preparing for training exercises, following up on exercises, or maintaining unit readiness before and during deployment. This is particularly important for the service as it shifts its strategic focus from the Middle East and counterinsurgency to more conventional, larger-scale conflicts with superpowers.

Encouraging leaders to stop making life difficult for their soldiers is something of a theme for Grinston, who made a similar recommendation in 2021 when he advised leaders to stop offering random training events just to pleasure.

Other army officials were even more dismissive of the courses, which the army again made compulsory for all soldiers. McConville appeared shocked that the required online courses were in fact taken as requested, saying he never took them while leading a division.

“Do people really do this stuff? McConville said at the press conference. “You do not have the time.”

McConville has been clear this year that his priority is overall Army readiness. Along with Secretary of the Army Christine Wormuth, he said the Army was struggling to recruit and retain soldiers, and focused on new initiatives to better prepare soldiers. This includes a preparatory course for underqualified candidates to complete before attending boot camp, as well as a series of enlistment bonuses designed to entice new recruits to deploy sooner.

This year, Grinston has toured the Army seeking feedback on how to improve conditions for soldiers and improve force readiness. He questioned the soldiers on issues related to barracks conditions, sexual harassment in the military, morale and time management.

The last on task and purpose

Want to write for Task & Purpose? Click here. Or check out the latest stories at our homepage.